Past week’s been an enlightening one. I’ve come across some potential upgrades for both the suspension and lighting (LED headlights!) that could come in to play, but more importantly I’ve finally had a chance to meet with another local owner.

First off, I’ll mention that I took a break from the weekend work last weekend and checked out the Good Guys car show in Pleasanton last Saturday. That, as usual, netted me a bunch of shiny eye candy, plenty of “wouldn’t that be a cool project” discussions with my father, and some inspiration for keeping an open mind to the idea of building a custom chassis still. Apologies for a lack of photos, but I’ve seen so many cars over the years that I’ve taken a kind of “enjoy it with your eyes, not the camera lens” approach to car shows as of late.

The next day I took a cruise over to Santa Cruz and met with Phil, owner of a ’63 Mog with a Honda S2000 motor. He’s currently got it mostly apart doing a bunch of fixes to questionable work a previous owner had done. However, he had a wealth of information to share with me, and hopefully some of the few items I’ve passed back to him will come in handy. I definitely consider him the luckier of the two of us, in no small part because his Mog’s wood frame was in one piece and in great shape. Seeing the frame in such condition, though, makes me think I could tackle rebuilding the MogRod’s frame with very little parts sourced from vendors. I really dug his custom motor mount setup, a design I readily admitted I’d be referencing for dropping the Ecotec into the MogRod. He also had a set of the “Super Sport” seats that I’d heard about and seen online, so it was nice to see them in person. Certainly look forward to meeting with and chatting with Phil again in the future, definitely someone I could stand to learn a lot from! 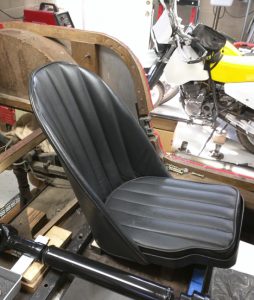 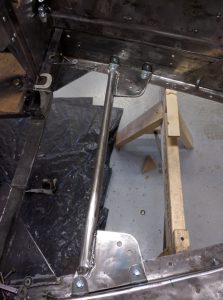 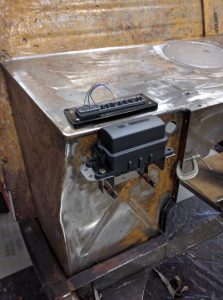 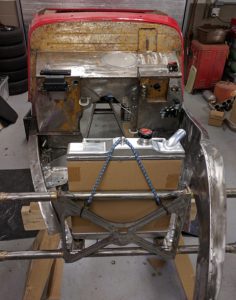 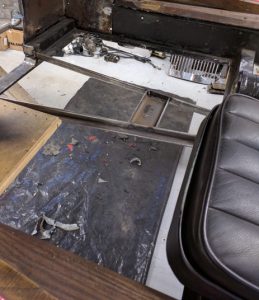 I’ve also created a MogRod instagram account. Will need to finish setting it up, but it’s linked on the right side now.

In Airstream news, the wood flooring was well soaked in water sealant and I’ve begun to put the tiles down. It looks so nice in there!

A journey of a thousand tiles begins with a single placement. #airstream

Several tiles later… Still have the perimeter to sort out. #airstream

This entry was posted in 1966 Morgan +4, 1972 Airstream Ambassador, General, Other Cars. Bookmark the permalink.